Week 8 was non-existent here on the journal, as I battled a sore back and a teething baby, but that time spent bedridden, gave me an opportunity to finish reading David Hockney’s Secret Knowledge: Rediscovering the Lost Techniques of the Old Masters. Without a doubt, this book is essential to understanding the seismic shift away from the Old Masters creating work that celebrated and upheld detailed realism, to the current disdain (mostly) in the art world for anything overtly realistic. You don’t have to look too hard to find a huge disparity between what the everyday person thinks is good art (“wow, that looks like a photograph!”) and what the art world would consider artistically noteworthy and authentic. I’ve personally struggled to reconcile the art critic’s contempt for current realist artwork with their simultaneous celebration of the Old Masters such as Caravaggio, Vermeer, Velazquez, van Eyck et al. These paradoxical feelings almost certainly can be attributed to the invention of photography, where it seems a line was drawn in the sand of acceptable art – before the line you find the celebrated realism of the Old Masters, and beyond the line, the celebrated emotive work of the Impressionists, Cubists, Abstract Expressionists, Surrealists, etc. In other words; it seems that the art world is able to simultaneously celebrate the Old Masters and flog a modern realist painter because;

i) there is the belief that prior to photography, realist painting was completed purely by eye and without the help of the modern day invention of the camera (i.e. the Old Masters relied on talent, whilst todays realist painters ‘cheat’ by using photography as a tool to aid their work)

ii) now that we do have the camera, they see no point in the creation of realistic works (in the words of one of my early art lecturers: “why paint photo realistically when you could just take a photograph?”)

iii) there is the belief that photo realism, as a reproduction of a photograph taken by a machine, does not portray emotion or feeling in the way that a human viewing the same subject matter could convey by painting from their own viewpoint (unassisted by mechanical means)

Certainly there are further reasonings beyond the three I’ve laid out above, but those are the insights I’ve heard most frequently proffered by critics of the realist approach. My own thoughts in response to this, are as follows:

i) like Hockney, I believe many of the Old Masters relied on the help of optics (such as the camera obscura) to produce their masterpieces. As well as this, there was clearly a tremendous level of skill at work, but a skill that was taught from one artist (Master) to the next (apprentice). Skills such as linear perspective and grid drawing, were acceptable tools of the trade, and undoubtedly the use of mirrors and optics was just as accepted in the creation of many of the masterpieces hanging in museums and art collections around the world. I’m not sure how you can argue that a modern day artist using the camera as a tool to create their art, is ‘cheating’ any more than Da Vinci using the grid method or Vermeer using the camera obscura. As Hockney points out, there is still tremendous skill necessary to use those tools effectively. The camera doesn’t make the marks, the human hand does this, and the two work together.

ii) a lack of appreciation for the nuances of a hand worked creation is surely largely to blame for the belief that a photo realistic artwork is interchangeable with a photograph? A photograph is taken in an instant; all smooth and glossy surfaced, there is no evidence of human markings – only human perspective guiding the lens itself. A photo realistic artwork on the other hand, is one thing from a distance, yet quite another up close. Those meticulous markings made with the human hand are tracings of time and patience and dedication to mastering a craft. The artwork appearing as a photograph, suggests “I was created in an instant” but closer inspection renders this initial impression as laughable. Every mark, tonal shift, colour change, masterfully woven to create something far more than a photograph on its own could ever offer.

iii) this is an interesting point because suggesting that photorealism is devoid of meaning or human ‘doubt/awkwardness’ (as Hockney puts it) is to imply that it is not possible to take a photograph that conveys emotion and feeling (since photorealism as the name suggests, is based on photography). We know this isn’t true and that photography is, in fact, widely accepted as a fine art form in and of itself, and a tool for capturing a wide range of human experience. Therefore, surely the point becomes that for the photo realist artist to be able to authentically portray emotion and meaning in their end work, they need to have created the work from beginning to end, including photographing the reference images on which their final artwork is based. I personally think much of the negative stigma around photo realism as an art movement, stems from artists racing towards an end product and trying to circumvent the whole artistic process either by using found images (e.g. from the internet) or hiring a photographer to do the initial image capturing work for them. If a photographer takes a picture that becomes the realist artists reference point, then whose name should be signed on the final, finished artwork? The photographer, or the artist, or both? I would argue both. It was the photographer who looked through the lens, and considered composition, lighting, depth of field, shutter speed and aperture. It was the photographer who used the tool of their trade to capture the subject matter in a certain way. An artist who then hand works that image meticulously to its end result as a framed artwork, is purely copying what they should have taken the time, energy and imagination to create for themselves from start to finish in the first place.

After reading Hockney’s findings on the work of the Old Masters, I am probably convinced now more than ever, that photo realism is not a lesser form of art than any other movement, but it’s one that can be easily manipulated for quick profits (e.g. stealing/using/copying images taken by others and racing towards an end product at the expense of genuine artistic process). If artists are here to help us to really see; with our souls and our emotions and our thoughts, as well as our eyes, then the modern photo realist needs to take seriously the part of art that has nothing to do with churning out a profit; the part that asks “what do I want to say?” and then gets to work not only meticulously rendering an image to its desired end, but rather birthing it from its very beginnings. 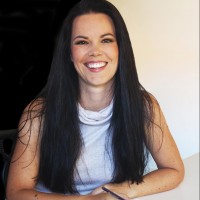